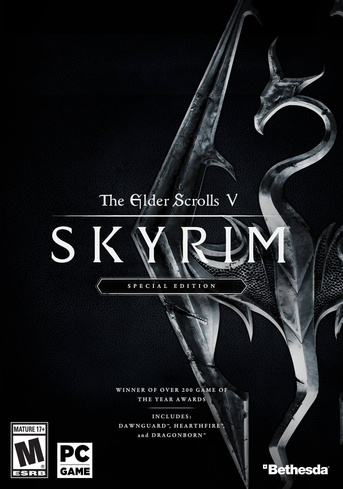 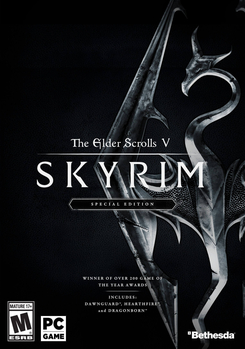 The Elder Scrolls 5: Skyrim - Legendary Edition is the most complete release of the fifth entry into the core The Elder Scrolls franchise.
It contains the core game, and all three expansions: Dawnguard, Dragonborn, and home-building Hearthfire.Become the last Dragonborn and push back against Alduin who would see the world destroyed. The Elder Scrolls V: Skyrim - Legendary Edition features Dawnguard - join the war between vampires and the vampire hunters. Wield powerful crossbows or assume a monstrous vampire lord form at will Dragonborn - an ancient Dragonborn returns. Travel to an ash-covered Solstheim to challenge him. But beware of a Deadric Prince who is behind this new threat Hearthfire - built your own manors on lands received for services rendered. Gather resources, form a family, and have a place to perform dark alchemical and magical experiments Fight dragons! - what are you waiting for? Go and fight them! Powerful magic - several schools of magic, powerful effects, and Mana reserves as the only limitation Flexible progression - develop skills you actually use, and pick perks to modify and enhance the way they work