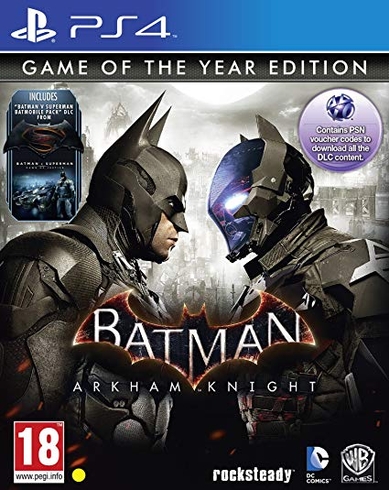 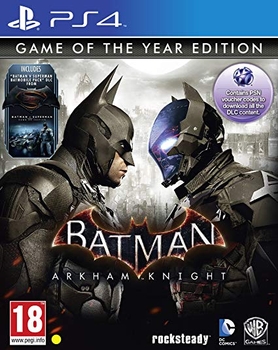 Earn 998 points when you buy this product

One of the best games in the series and in this generation.In the explosive final to the Batman Arkham series, Batman faces the ultimate threat against the city he is sworn to protect. The Scarecrow returns to unite an impressive roster of super villains, including Penguin, Two-Face and Harley Quinn, to destroy The Dark Knight forever.Batman Arkham Knight introduces Rocksteady's uniquely designed version of the Batmobile, which is drivable for the first time in the franchise.

Batman Arkham Knight is inspired by the long-running comic book mythos. Set one year after the events of 2011's Batman: Arkham City, the game's main storyline follows Batman as he confronts Scarecrow, who has launched an attack on Gotham City, causing a citywide evacuation. Scarecrow, with the help of the mysterious Arkham Knight, is also able to unite Batman's greatest foes in an attempt to finally destroy Batman. 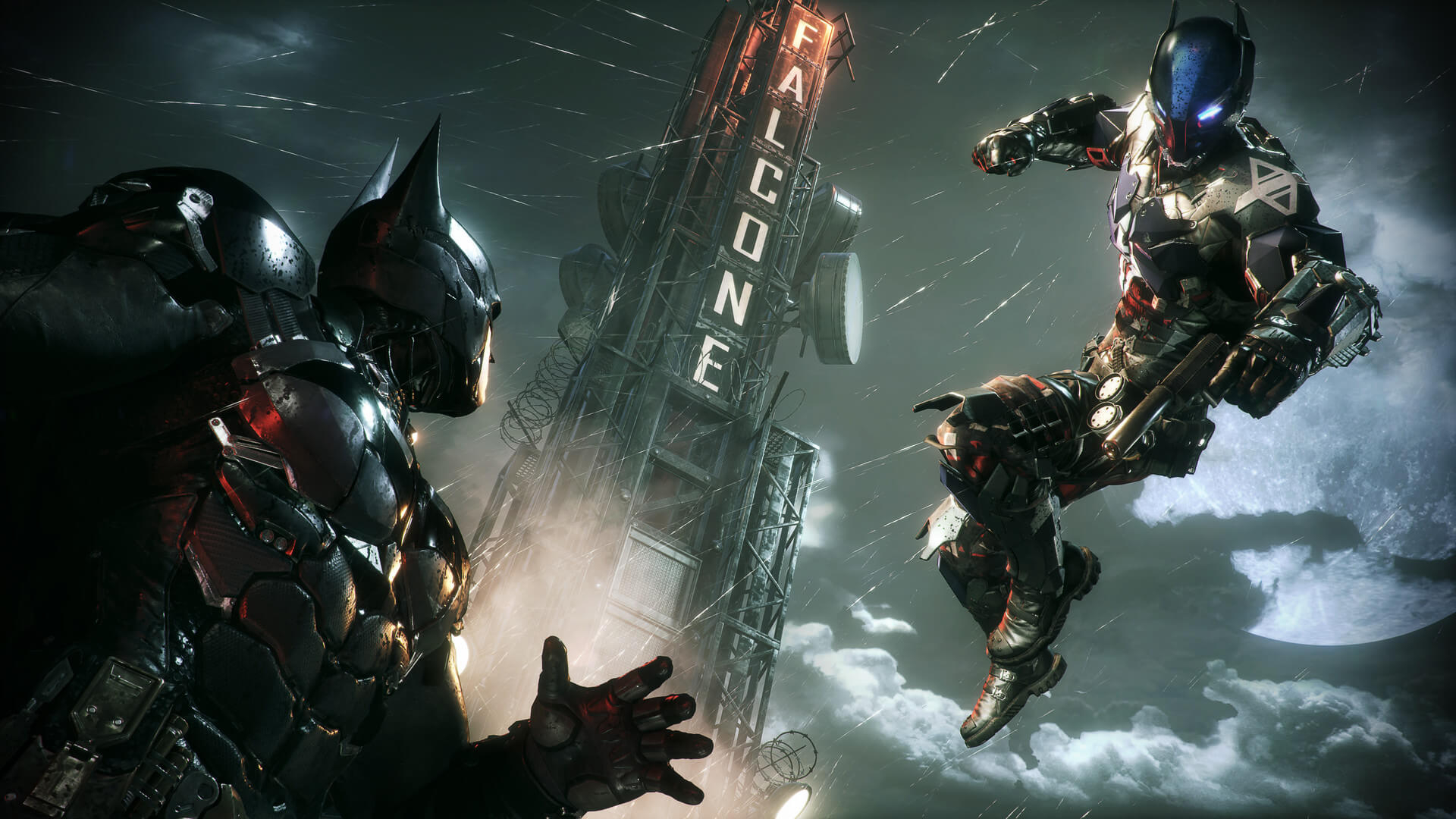 Batman: Arkham Knight is an action-adventure game set within an open world Gotham City, which can be explored freely by the player from the beginning of the game, allowing them to travel seamlessly anywhere within its boundaries. Many of the gadgets and the gameplay elements from the previous Arkham games return, including the grapnel gun, line launcher, batarangs, the countering system, Detective Vision, and the Remote Hacking Device. 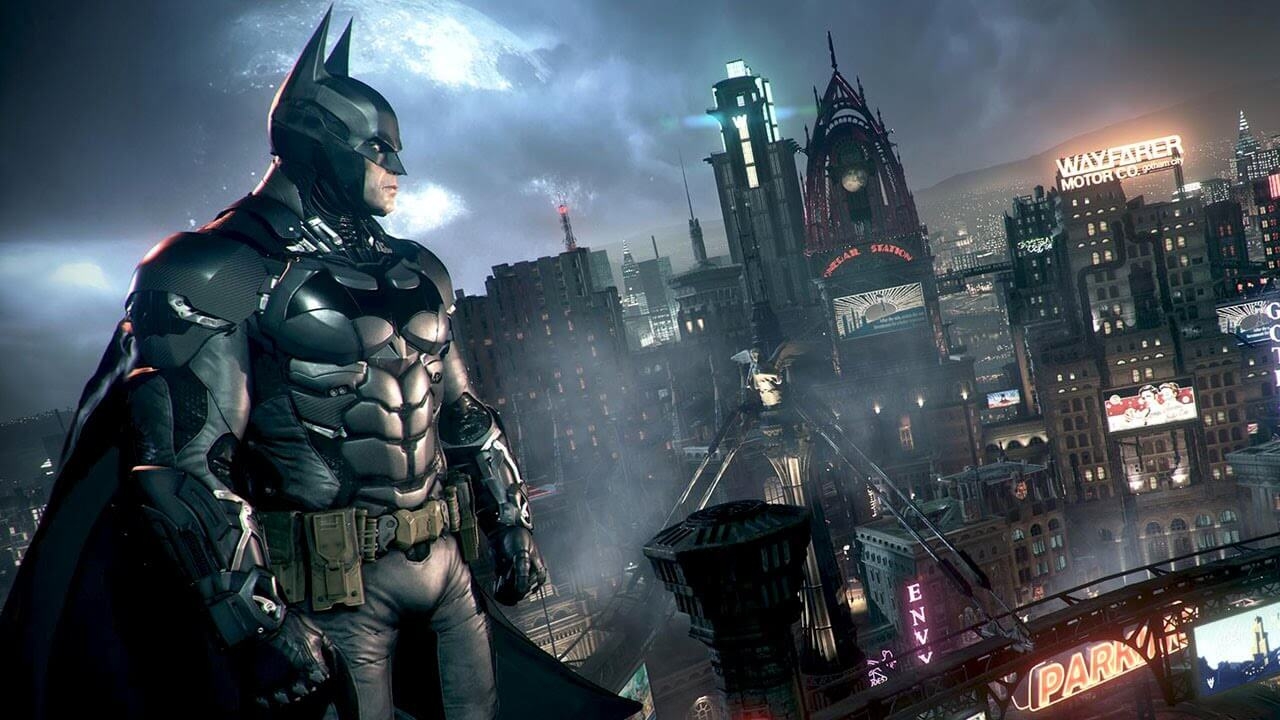 The Disruptor receives upgrades from previous games, becoming a rifle that can be used to disable or detonate enemy weapons and drone turrets, boobytrap weapon crates to shock enemies who attempt to arm themselves, and tag vehicles for Batman to track. The remote controlled batarang is similarly upgraded to include a scanner that can be thrown out to gain information on the surrounding area. New gadgets include the Voice Synthesizer, which can be used to imitate other characters' voices such as Harley Quinn and the Arkham Knight to direct thugs into traps.