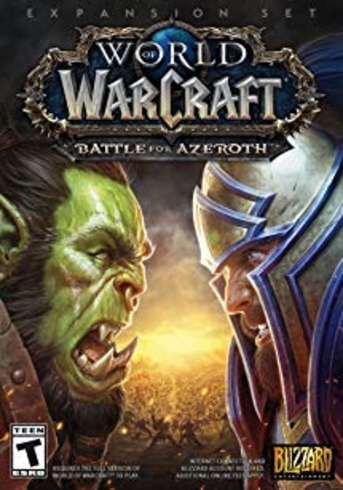 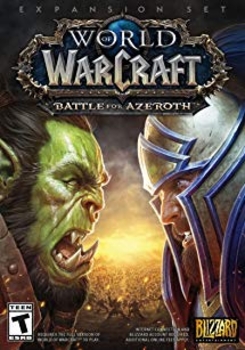 DECLARE YOUR ALLEGIANCE Azeroth paid a terrible price to end the apocalyptic march of the Legion's crusade but even as the world's wounds are tended, it is the shattered trust between the Alliance and Horde that may prove hardest to mend. As this age-old conflict reignites, join your allies and champion your faction's cause Azeroth's future will be forged in the fires of war. RECRUIT ALLIED RACES Explore Azeroth as one of six new playable Allied Races, including four you've encountered in your campaign against the Legion. Embark on a quest to earn their favor and unlock each race, adding their strength to your faction. Create a new character and complete the full leveling experience to earn a distinctive Heritage Armor set. ENTER A WORLD DIVIDED Experience the relentless conflict at the heart of the Warcraft saga. Play through six new zones filled with new World Quests, new World Bosses, new raids and more as you determine whether the Horde or Alliance will shape Azeroth’s future.