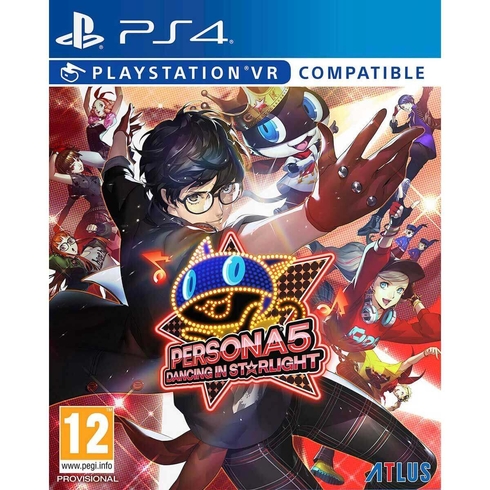 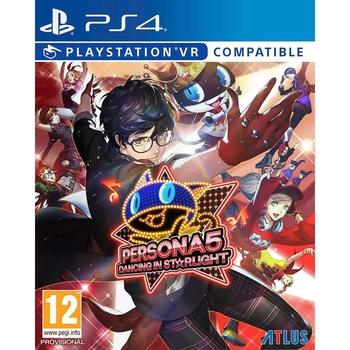 Memorable Soundtrack - Return to the world of Persona 3 and relive cherished memories with the games' most memorable songs by Shoji Meguro, composed by Ryota Kozuka, as well as all-new remixes by ATOLS, Lotus Juice, ☆Taku Takahashi (m-flo/ block.fm), Jazztronik, and more! Dancing! - Choose from several difficulty levels and dance alongside the members of SEES and the legendary Phantom Thieves in a customizable rhythm game experience. English and Japanese Voiceovers - Choose to listen to your favorite characters' voices in either English or Japanese with dual audio options! Social - In "Social," players can connect with their favorite characters and deepen their social bonds through conversations and mini-events. Collect Costumes - Collect and equip a variety of costumes and accessories to create an even flashier dance experience

Persona 5: Dancing in Starlight is a rhythm game based on the role-playing video game Persona 5. Featuring the central cast of Persona 5, gameplay follows a similar pattern to Persona 4: Dancing All Night; a chosen character performs a song in a story location from Persona 5, with the player using a six-button system to hit notes in time to the present musical track.

Due to learning about how Margaret's guest, Yu Narukami, defeated Mikuratana-no-Kami in Persona 4: Dancing All Night by dancing, Caroline and Justine become jealous, as does Elizabeth in Persona 3: Dancing in Moonlight. Due to this, the sisters challenge each other to a dance off, to prove who has the better guest. The losers would be "sent to hell".