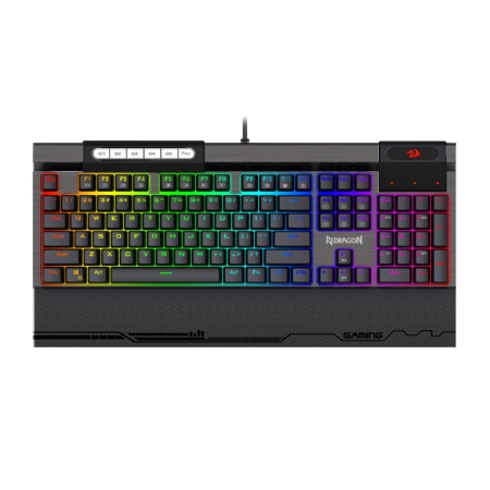 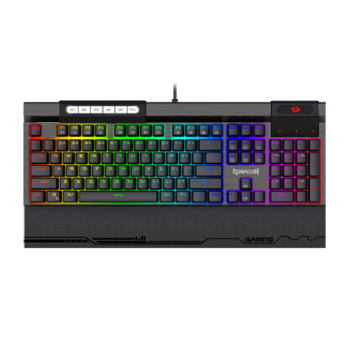 5 MARCRO KEYS: There's 5 programmable marco keys(G1~G5) on the keyboard which can be recorded macros on the fly without any additional software required to be installed. Easy to edit and DIY your stylish keyboard. (No CD software included)

N-KEY ROLLOVER: 104 keys anti-ghosting allows you to simultaneously click multiple keys. The floating keys and blue switches will give you a great gaming experience with fast response and nice clicky sound.

RGB BACKLIGHT & BREATHING LOGO LIGHT: 18 backlight models allow you to type in the dark. You can adjust its brightness with FN + Up/Down. Arrow Key in any non-breathing mode. Also, It is designed with a logo light with three modes (ON/OFF/Breathing), makes your keyboard look much cooler.

ERGONOMIC DESIGN: K563 keyboard comes with a detachable padded wrist rest, which will prevent your hands' fatigue and gives you the comfort you need for marathon gaming sessions.