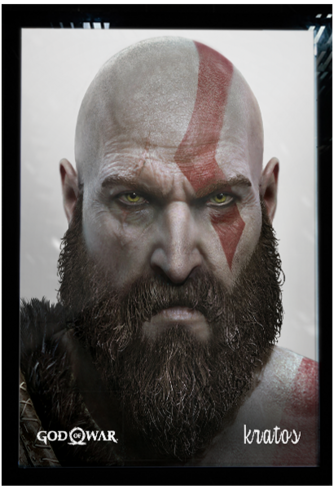 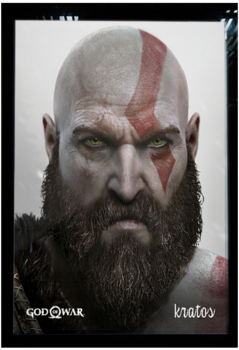 This portrait inspired by Kratos from God of War game, Kratos is the titular protagonist of Santa Monica Studio's God of War series, based on Greek mythology and later, Norse mythology. He first appeared in the 2005 video game God of War, which led to the development of seven additional games featuring the character as the protagonist; another installment is currently in development for a 2022 release on the PlayStation 4 and PlayStation 5. Kratos also appears as the protagonist of the 2010 and 2018 comic series, as well as three novels that retell the events of three of the games. The character was voiced by Terrence C. Carson from 2005 to 2013,with Christopher Judge taking over the role in 2018's continuation, also titled God of War. Antony Del Rio voiced the character as a child in God of War: Ghost of Sparta.