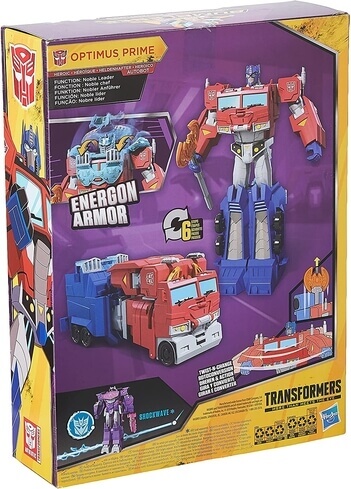 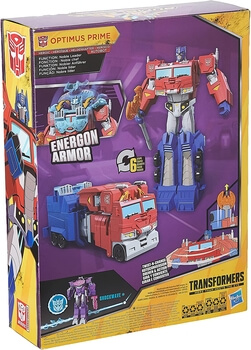 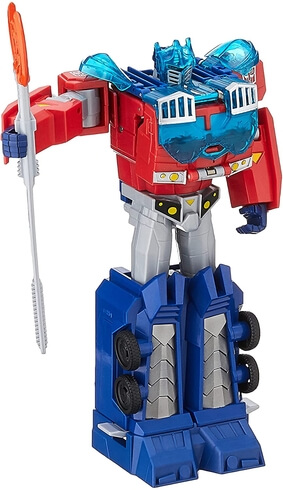 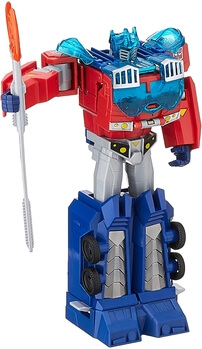 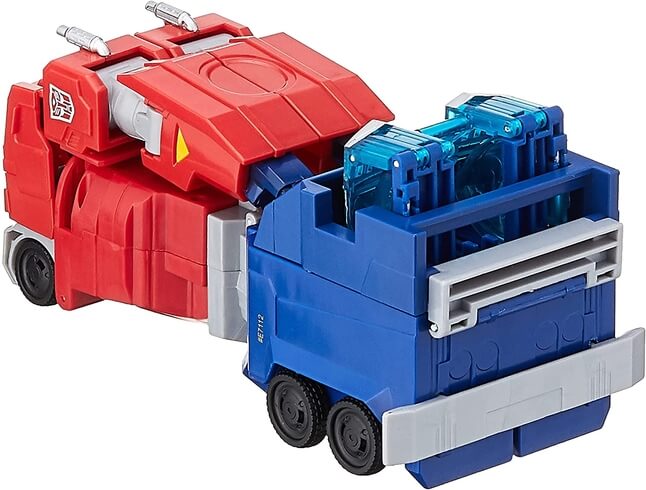 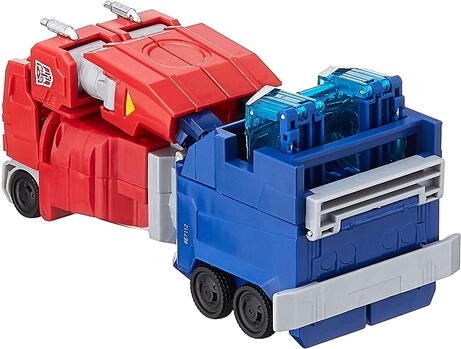 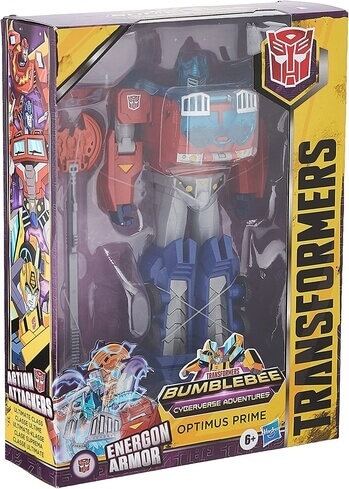 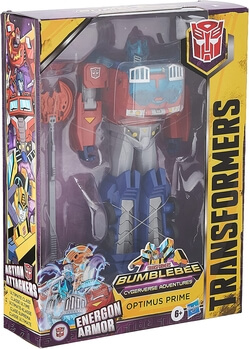 Earn 1,679 points when you buy this product

POWER UP OPTIMUS PRIME: Combine Energon Armor with Optimus Prime to convert him into his powered-up mode. Press the lever on the figure’s feet to activate armor-up

WEAPON CONVERTS TOY: Easy Transformers conversion for kids 6 and up. Convert Optimus Prime toy from robot to truck mode in 6 steps. Pull out his weapon accessory in the last conversion step to activate his spinning Twist-N-Change feature

INSPIRED BY CARTOON NETWORK SHOW: In the G1-inspired Transformers Bumblebee Cyberverse Adventures series, giant Transformers robots from the planet Cybertron engage in epic battles, harnessing the power of pure energy with their Energon Armor! Kids can imagine unleashing this new ability with this Ultimate Class figure!