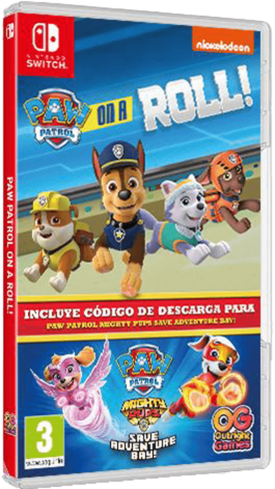 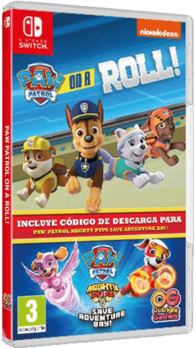 Earn 1,124 points when you buy this product

There is no problem that we cannot solve!

PSI Patrol is ready to embark on 16 exciting rescue missions to save the day in Adventure Bay, but will need your help! Help each of the dogs to use their unique abilities to save their friends and keep the people of the Bay safe. Explore eight amazing locations in the Adventure Bay, including Farmer Yumi's Farm, Jake's Mountain, a desert canyon, and the waters of the Bay! Get ready to have fun with all the PAW Patrol puppies while playing this puzzle-packed platformer that's perfect for kids of all ages!

Paw Patrol: Goes into action! (PAW Patrol: On a Roll) is a family platform game developed by Outright Games. The title was based on the license of the animated series popular among preschoolers, broadcast on the Nickelodeon channel. In Paw Patrol: Rush into action! we take control of the title PAW Patrol, which includes:  Chase, Marshall, Rubble, Skye, Rocky, Zuma, Everest and Tracker ; they are led by ten-year-old boy Ryder. Our pupils take part in various rescue missions, facing the problems faced by the inhabitants of the Bay of Adventure.