Earn 3,225 points when you buy this product

Experience the modernized design of the Xbox Wireless Controller, featuring sculpted surfaces and refined geometry for enhanced comfort during gameplay. Stay on target with textured grip and a hybrid D-pad. Seamlessly capture and share content with a dedicated Share button. Quickly pair with, play on, and switch between devices including Xbox Series X|S, Xbox One, Windows PC, Android, and iOS* 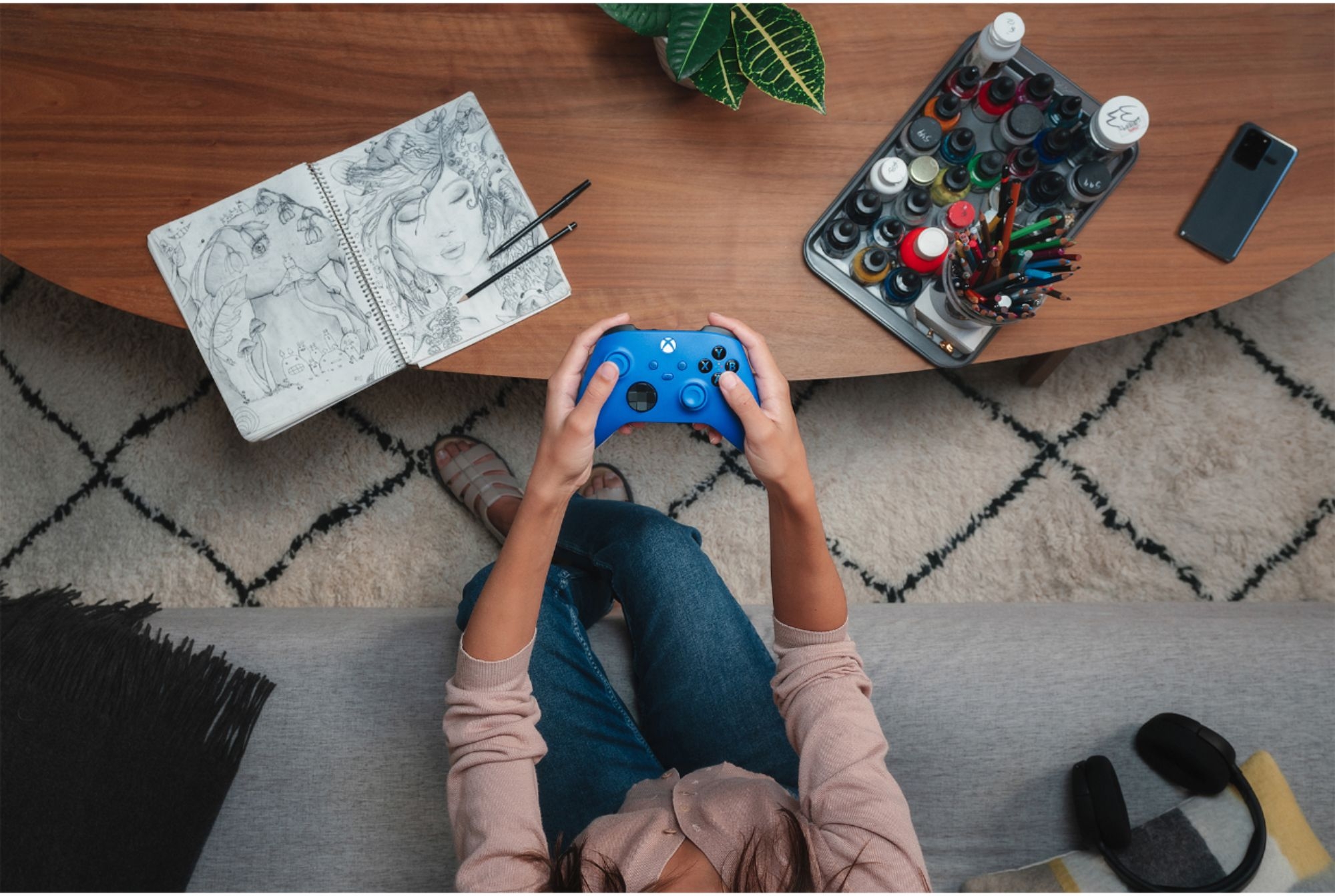 Stay on target with the new hybrid D-pad, textured grip on the triggers, bumpers, and back-case.