From the Creators of Halo and the company that brought you Call of Duty. In Destiny you are a Guardian of the last city on Earth, able to wield incredible power. Explore the ancient ruins of our solar system, from the red dunes of Mars to the lush jungles of Venus. Defeat Earth’s enemies. Reclaim all that we have lost. Become legend.

A Bold New World
Embark on an epic action adventure with rich cinematic storytelling where you unravel the mysteries of our universe and reclaim what we lost at the fall of our Golden Age.

More Ways To Play
The next evolution of the first-person action genre that provides an unprecedented combination of storytelling, cooperative, competitive, and public gameplay, and personal activities that are all seamlessly woven into an expansive, persistent online world. Venture out alone or join up with friends. The choice is yours.

Create Your Legend
Personalize and upgrade every aspect of how you look and fight with a nearly limitless combination of armor, weapons, and visual customizations. Take your upgraded character into every mode, including campaign, cooperative, social, public, and competitive multiplayer. 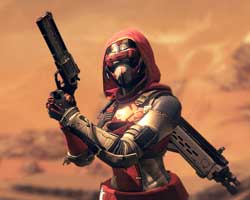 Master of the Frontier - Quick on the trigger and deadly with a blade, Hunters stalk battlefields as if they were hunting prey. Cunning and ruthless, they prize the undiscovered and prepare for the unexpected, channeling their powers by intuition and gut instinct. 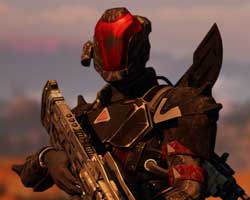 Armored Engine of War - Their lightning-charged fists will knock you off your feet. Their armor and shields make them nearly invincible. We like to think they are our faceless knights, protecting us from our countless enemies. But their power and resolve gives them the air of rising Gods. 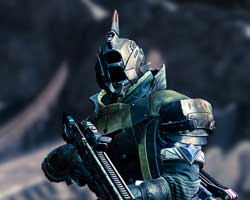 Wielder of Arcane Power - They've found a way to weaponize their curiosity, harnessing the Traveler's light in patterns never before imagined. Warlocks are not passive scholars of the unknown. These are mystic warriors, capable of incredible acts of devastation. 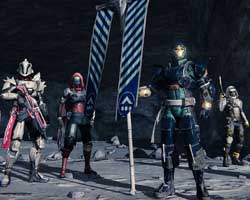 Competitive Multiplayer - Enter the Crucible to hone your competitive skills against other Guardians in arenas that span the solar system. Victory will earn you rewards and reputation. 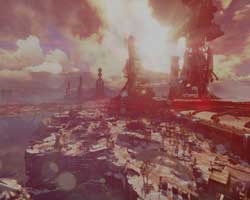 On-Demand Adventure - Revisit the worlds you have discovered to aid the City in their exploration efforts, seek out valuable resources in order to upgrade your weapons and gear, and link up with other brave Guardians roaming the frontier in search of action and adventure. 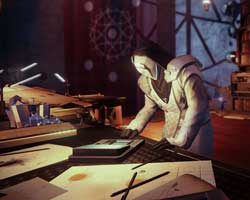 Epic Campaign - Destiny features a rich, cinematic story, centered on your quest to discover and explore the remains of humanity's Golden Age. As a Guardian, you must venture beyond our walls, into a wild and dangerous frontier, and take the fight to ancient evil forces hell bent on our destruction. 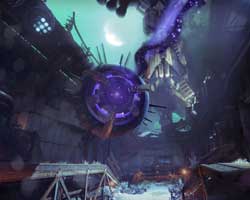 Cooperative Multiplayer - Form a Fireteam, three Guardians strong. Infiltrate an enemy stronghold, cutting through wave after wave of enemy ranks emboldened by their fierce, battle-hardened leaders. Confront an enemy worthy of only the bravest Guardians. 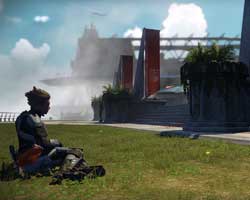 Third Person Social Space - Home of the Guardians, the Tower is a third person social hub where you can regroup, rearm, and form new alliances before venturing beyond the safety of the City's walls.